Do Chatbots Actually Improve Either Customer Service Or The Bottom Line?

I have a vivid memory my first encounter with an IVR.  It was Bell Canada’s “Emily.”  It was as close as I’ve ever come to actually throwing a phone against a wall.

It was almost funny back then, listening to the rationalizations of decision makers in the companies who were early adopters of IVR technology.  They would inevitably cite the per-call cost of automation vs. the per-call cost of a human, and then try to convince people that customers actually preferred talking with a robot that very often just made things worse.  “It’s a win-win” they would say to anyone who would listen.  They scrupulously ignored, of course, the increased consumer alienation, and the fact that customers were now calling multiple times about an issue instead of just once.  Nobody bothered to do the math of involving a dramatically increased number of inevitable escalations  – often dealt with by people at a much higher salary range.

This phenomenon is, fortunately, much more rare these days. Most organizations that are genuinely trying to improve their customer experience have gone back to using more, better trained, humans.

Enter The Chatbot – And The Cycle Begins Again

Today, the Big Shiny New Object is the customer service chatbot.  Chatbots, for those who aren’t up on this sort of thing, are artificial intelligence programs designed to mimic live chat.  In theory, they are able to effectively triage common issues, thus reducing manpower and costs.  Unfortunately, it appears to be IVR all over again.

I recently tried to connect with Alibaba.com to get some customer service help.  Sure enough, their first line of defense is a chatbot named Anna.  Anna was very polite, trying desperately to solve the wrong problem, and I found myself yelling at my computer screen.  Mercifully, she eventually relented and a small link popped up that allowed me to chat with a human.  The human answered my question in less than 15 seconds.  Problem solved.  But Alibaba certainly doesn’t have a satisfied customer.

I have had a few very similar interactions like this with other companies, and I seriously question the ultimate benefit of using chatbots.  Unless, that is, until there is a profound leap in technology.

The philosophy of automation seems to be: “Let’s wait until the customer is really annoyed before we actually start trying.”  It’s an attractive proposition, but proponents of automation really need to stop referring to it as a “customer service” strategy.  It is a financial strategy, pure and simple.   The goal of chatbots, as with IVR,  is not to provide outstanding customer service.  The goal is to do the bare minimum service level required before customers will start defecting.

The problem with this balancing act is that, when weighing the costs and benefits, most companies are putting little to no weight on the value of actually connecting with a customer.   That connection; that feeling that a company genuinely cares about us; is very real and very powerful.  It is the root of true loyalty which, sadly, is not captured by today’s popular metrics.

PrevPrevious PostService Failures – Why Companies Should Embrace Them
Next PostAlibaba Customer Experience: A Study In How NOT To Do ItNext 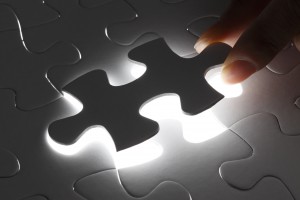 A Customer Is Threatening You? Here’s What To Do

Dear United Airlines – do I have to write a song?

Customer Service in The Bahamas