Dell Computers customer service has had a bit of a roller coaster ride.  At times they have been at the top of the game, as in 2005 when Fortune Magazine ranked them as the #1 most admired company.  And at times they’ve been at the bottom – as they did a year later when their level of complaints rose 30% prompting BusinessWeek to publish an article entitled, “It’s Bad to Worse at Dell,” and a University of Michigan professor to remark, “I’ve never seen a drop like this,” when reviewing a gigantic change in customer satisfaction scores.

Where do they stand in customer experience now?  Well, if my recent interaction with their call centre is any indication, they are closer to the bottom than the top.  Here’s the story in a nutshell:

I purchased a Dell laptop a few years back, and paid a large amount of money for their super-duper, extra-special warranty that also covered accidental damage.  Unless I’m mistaken, I’m also pretty sure that the super-duper warranty gave me premium access to customer service and tech support – so that I could get through quickly.

The experience began with me being on hold for a little over 11 minutes – an eternity in call-waiting time.  Strike 1.

The call was finally answered, I’m assuming, in an Indian call centre.  I told the agent what the issue was ( a non-functioning hdmi port and a small crack in the housing).  He then told me that I was going to have to pack up my computer and send it in to their depot.  I explained to him that I use my computer 24 hours a day, and can’t really do that, which is why I got the super-duper warranty with on-site service.

He responded with “I agree with you completely” (I think he meant to really say, “I understand,” since as it turned out he didn’t agree at all).  He the went on to tell me that, because the damage came from a fall, it had to go to the depot.  I told him that wasn’t an option.  He agreed with me completely again, then told me that’s what I had to do anyway.  I persisted.  So did he.  I persisted some more.  So did he – agreeing with me all the while.

Finally I said, “There must be another option, because this one isn’t working.”

Eventually he told me that the other option was that a technician would come by and service it on-site.  Huh.  Okay, I said,  I’ll take that option.

After arguing with me a bit about what city I lived in, having me repeat a few things because he hadn’t really been listening, and telling me that I would be reported if I had done the damage intentionally, we finally concluded the call.  34 minutes and 14 seconds of pain.

I think about other tech support people I’ve talked with over the last month or so – Rackspace, Columbia Clothing, Versature, Campaigner – and the great experiences I’ve had.

If A 4-Year-Old Can Get Call Centre Customer Service Right, Why Can’t Everyone Else?

Rackspace lives up to the customer service hype 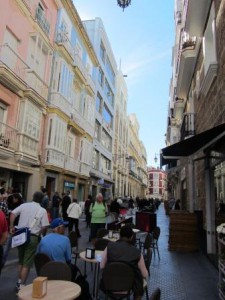