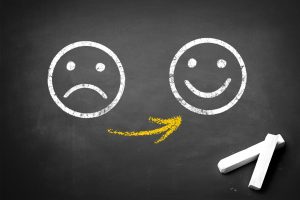 It doesn’t matter if you’re a customer service pro or just starting out in the field, whether it’s a long time customer or a new one, or whether the situation was a result of something you did, or was completely out of your control, navigating through those tough situations isn’t fun.  Even myself, who has been helping organizations improve their overall customer service for the last 12 years; I still get a pit in my stomach every time a client interaction goes awry.  The bottom line is, even the best customer service organizations still experience service failures every once and a while.  The question isn’t about if, it’s about when … and it’s about how you handle it.

At this point it can’t come as a surprise to you that the world of customer service has changed in the last 10 years.  With the advent and massive growth of social media, customers have more power than they have ever had before. With the click of a button customers have the ability to share their experiences, both good and bad, with millions of people around the world.  It sounds kind of scary when you lay it out on paper like that, but realistically, the world of customer service has changed for organizations as well.  While many organizations focus on the risk associated with a bad review going viral, what they should really be focusing on is the positive – the fact that their response to that bad review also has the potential to go viral.

A couple of days ago I was sitting in a McDonald’s with my children. (Yes, there is a bit of a fast food theme in our family!)  Over the course of the 45 minutes that I was in there, I witnessed no less than half a dozen service failures.  The first was ours, when my children were given a book in their happy meal instead of the toy they had chosen on the order screen.  I also saw people approach the counter because their burger had condiments on it that they had requested to be left off, and two drive-in customers had to come inside because their French fries had been left out of their bags.  Huge issues?  No, not in the grand scheme of things.  But I found them particularly interesting because we have used these exact scenarios as examples in our Service Recovery training programs for years, and I was fascinated to see how they turned out in real life.

Turns out, the response was pretty lackluster.  The associates and manager were nice enough, and they resolved each issue quickly … but that was it.  There was no apology, there was no attempt to go any farther than the bare minimum to fix it, and based on the fact that it happened so frequently, there was clearly no attempt to make sure they didn’t make the same mistake twice.

As a customer service expert, the part that made me the most disheartened was knowing all of the missed potential that had been right at their fingertips.  Let’s look at the case of the missing French fries.  What happened in the case I witness was that the customer came in, told them they were missing fries, and someone went to get them.  Fine.  Issue resolved and the customer went on their way.

But what would have happened if, when the customer came into the restaurant, the associate had said, “Oh my gosh!  I’m so sorry about that!  Here, let me get you your fries, and while I’m at it, here is a $5 coupon for your next visit.  The whole point of the drive-thru is that you shouldn’t have to get out of your car.  I’m so sorry for the inconvenience.”

It’s not just about French Fries

In both examples the issue was resolved in the same way – the customer got their fries.  But in the second example, the associate went a step farther to acknowledge the inconvenience that their failure had caused on the customer.  It wasn’t a lot of extra work, but the message and impact that it would have had on that customer is huge.  All too often we get so focused on how a service failure make us feel, that we forget that it can go far beyond the surface issue.  It is an inconvenience for a drive-thru customer to get out of their car and come inside.  Not because they’re lazy, but because there is a whole life going on in that car that the McDonald’s staff don’t know about.  Maybe it was a single mom alone with her 3 young kids.  Maybe it was someone with back problems who struggles to get into and out of his car. Or maybe it was someone with their dog, on a hot day, and they couldn’t bring him inside with them.  Regardless of the circumstance, it’s not just about the french fries.  It’s about recognizing the impact that you, as a customer service associate, can have on the people you see every day.

As I sat inside the restaurant and watched issue after issue take place in such a short amount of time, it became clear that I will likely not take my kids back to this location again.  I have nothing bad to say about them per se, but if given the choice I will chose to try somewhere else, where I don’t feel it’s likely that something will go wrong.  But let me be very clear about something – it wasn’t their service failures themselves that caused them to lose my business.  Things happen, people aren’t perfect, and I’m okay with that.  What has caused them to lose my business is how they handled the failures.

Had their responses been different, had I heard them apologize or acknowledge the inconvenience they were causing, I would feel very different.  Because what they had in front of them was the opportunity to build customer loyalty through their service recovery response.  They were given a second chance to make us, as customers, feel important to them, and they didn’t take it.  Difficult customer situations and service failures are not something to be scared of.  They’re something to try and prevent, absolutely, but they shouldn’t be something that you try to hide or run away from.

In today’s age of social media, where the world seems smaller than ever before, the most successful customer-focused organizations need to seize these difficult situations as a chance to make an impact on their customers.  They need to see it as a second chance to show all of their customers just how important they are and how much their business is valued.  If you choose to hide from difficult situations they will continue to be something that brings stress and dread to your workday.  But, if you choose to take them as an opportunity to turn a negative into a positive, I can pretty much guarantee that the outcome will be in your favour.

PrevPrevious PostThat Customer Who Is In Denial
Next PostDo Chatbots Actually Improve Either Customer Service Or The Bottom Line?Next 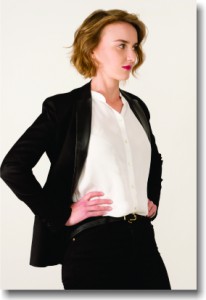