If Australia has an Institute for the Profoundly Stupid, my guess is that Gasp Jeans was one of the founding members. In a nutshell, here’s what happened:

1. A customer is unhappy with what she perceives to be over-aggressiveness of a Gasp salesperson, and complains to the company

2. She receives an email back that says: “…As I am sure you are aware, people whom are talented generally do not tolerate having their time wasted, which is the reason you were provoked to leave the store”  (God forbid we ‘waste a salesperson’s time’. And it gets worse)

3. The email from the area manager continued to say: “I am sure there are plenty of shops that appease your taste, so I respectfully ask that you side step our store during future window shopping expeditions”

(Seriously, I’m not making this up. Here comes the best (worst) part)
4. When Gasp’s response begins to hit social media, rather than attempt to recover from their horrendous handling of this customer, they continued to unapologetically defend their position witha statement: “We respect and welcome all customers whom wish to visit our store, even though the intention to buy may not exist. But we ask that their opinions be expressed through blogs, social media or around a warm latte, but certainly not inside our stores”

Customers come in all shapes and sizes, and each have their own ideas of how they would like to be treated. But there is still always one constant – every customer wants to at least believe that a business cares about them. Messages of ‘if you don’t like us, then just go away,’ and statements from head office scolding a customer for not being the kind of customer they want just doesn’t quite send that message.

No doubt the responses Gasp gave made those at the top feel good. Yup, we sure set that customer straight. Good on us mate. But as a business decision, it was just stupid. They had a lot of options on how they could have responded, and these ones would fall pretty close to the bottom of the pile.  Their attitudes toward customers will undoubtedly catch up to them – as fewer people will be wanting to ‘waste their time’ going into their stores 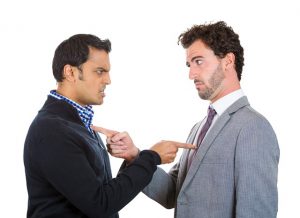 A Customer Is Threatening You? Here’s What To Do 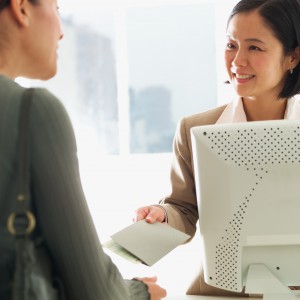 How To Take Ownership In Customer Service

Tampa Florida gets A+ for customer service. Just amazing!