The Only Way to Win an Argument With a Customer

How do you win an argument with a customer?  Simple.  Don’t get in one in the first place.

Yes, I realize this sounds simplistic and perhaps a little trite, but when it comes to interactions with customers, colleagues, employees and (especially) employers arguing is an absolute no-win proposition

As much as we all would like to think of ourselves as being open-minded and reasonable, we’re just not wired that way when it comes to arguments.  It’s called the “Argumentative Theory of Reasoning.”  Once we’ve committed to a position, we are far more likely to fight for it than abandon it.

Think about it.  When is the last time you saw someone who had taken a strong stand on something do a sudden reversal in the middle of an argument?  Probably never.  Imagine a politician halfway through a debate saying, “Wow, that’s a good point – I’ve been wrong about this all along!”  The more vested we become in a position, the less likely we will be to accept competing viewpoints.

2.  We Trust Ourselves More Than We Do Others

It’s referred to as the Trust Gap.  We automatically attribute purer motivations and greater trustworthiness to ourselves than we do others, which leads us to act on a duel standard.   For example, we forgive ourselves the occasional exaggeration (“I told him this five times…”) because we feel we are doing it for the right reasons, but are far more sceptical and exacting of the things said by others.  This allows us to more easily dismiss the other person’s points – and for the other person to easily dismiss our points.

This is the big one.  We see the things we want to see.  We accept things that align with our current opinions, and ignore things that don’t.  It’s called the Confirmation Bias, and is easily the most common reason for arguments continuing far beyond their best-before date with no resolution in sight.

Research shows that we will hang on to ‘facts’ that support a belief even after it has been disproven (even if it’s costing us money!) .  Studies also show that when we are presented with legitimate facts which are contrary to our beliefs, it can trigger almost no activity in the part of the brain associated with reasoning.   Apparently we don’t want the facts to confuse us..

The bottom line – while you might be tempted to argue with someone, it is unlikely to accomplish anything more than creating ill-will between you and that other person.

So, If We Can’t Win An Argument, How Can We Change Peoples’ Minds?

Stay tuned for next week’s “Winning At Work” for the Talk Judo technique for persuading people to change their minds!

Reprinted with permission from Winning At Work

Master your tone of voice 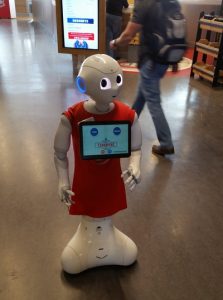 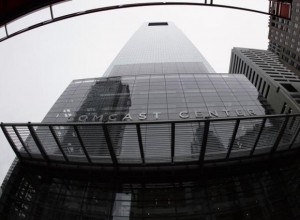