Excerpt from Winning with The Caller from Hell – a guide to doing business over the telephone:

“Even though you can’t see the face behind the disembodied voice piercing its way through your headset, there’s no problem conjuring up a vivid mental image. Beady, nasty little eyes. Sharp, pointy, unbrushed teeth. Knotted, mousy hair. Sunken cheekbones. Jutting chin. Oh, yeah, and horns — you’re pretty sure there are horns. The Caller from Hell — Alexander Graham Bell’s personal contribution to our workday stress.

I often wonder if Mr. Bell, toiling in his little Boston workshop with his assistant Thomas Watson, knew what he was getting us all into. Could he possibly have envisioned that telephones would number in the billions by the new millennium? In his wildest fantasies, could he have imagined that millions of people would one day walk around with little versions of his creation in their purses and pants pockets? Could he have known that the telephone would quickly cease to be just another invention and become instead a tool that would shape our very culture and the way we interact in our business and personal lives?

As legend has it, Mr. Bell made his first test call in his workshop to Mr. Watson on March 10,1876, and uttered the now famous words “Mr. Watson, come here, I want you.” Perhaps Mr. Bell would have got a glimmer of things to come if– instead of Mr. Watson’s enthusiastic “I can hear you! I can hear the words!” — he’d been interrupted with “Please hold, your call is important to us. An operator will be with you shortly….”

We have developed a true love/hate relationship with the telephone. All you have to do is look at the twitchy behavior of a businessperson who has been deprived of his or her cell phone for a few hours to appreciate our dependence on phones. Yet at the same time, there always seem to be undercurrents of resentment toward the raw intrusiveness the telephone represents. There’s no polite knock, no inquiry as to your availability or interest — it just rings. And try as we might to ignore its persistent peals, its demands to be answered are virtually irresistible.

Difficult callers — Callers from Hell — contact you for a number of reasons. Some have problems they want you to resolve. Some want something you can’t give them. Some just want to vent their frustration or anger. At some level, Callers from Hell are usually customers. They could be external customers, for whom you or your company provides goods or services, or internal customers, those within your company to whom you provide support.

Whoever they are, and whatever the reason they’re calling, the benefits of being able to resolve a situation quickly and positively cannot be overstated. An overwhelming body of research tells us that a single conflict with an organization can have far-reaching consequences in long-term customer satisfaction, and that there exists a direct correlation between customer satisfaction and profitability In Modeling the Relationships between Process Quality Errors and Overall Service Process Performance (1995), David Collier identifies that the average customer who experiences a service failure tells nine to 10 people about the experience. That’s a scary number for people in the customer service business. But if you’re a manager or supervisor to whom unsatisfied calls or complaints get escalated, it gets even scarier. A 1998 study by Tax and Brown suggests that only 5% to 10% of dissatisfied customers actually take the time to complain following a service failure. This means that, by the time you’ve heard one single complaint, there have already been from 10 to 20 negative incidents, with negative word of mouth having spread to between 90 and 200 people. If your company averages one complaint a week, that represents up to 10,000 people having heard something negative about the company every year. How many complaints do you get a week, a month, a year? You may find the results of doing the math unsettling indeed. (These numbers, by the way, came before we had the internet!)

The secret to success for most businesses lies in a company’s ability to retain its customers. In fact, a 1990 study by Reichheld and Kenny shows the direct link between satisfaction and profitability, establishing that a five-point improvement in customer retention can lead to an increase in profits from 25% to 80%. Learning how to reduce and resolve conflict, therefore, isn’t just one of those warm, fuzzy intangibles — it is essential to the health and growth of any business. And it’s not just a matter of being nicer. Addressing conflict over the telephone requires a number of unique skills.

I am always a little surprised that, despite our familiarity with the telephone, and the intricate ways in which it is woven into our social fabric, so few people have mastered this marvelous communication tool. But perhaps we’ve simply grown so accustomed to it that we have begun to take it for granted. The fact is that the telephone can be an immensely powerful tool when used properly. And, of course, like most tools, it can also work against you if you’re not careful….” 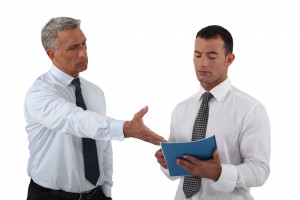 Customer Service is About Being Selfless

If You Claim To Have A Guarantee, You’d Better Honour It